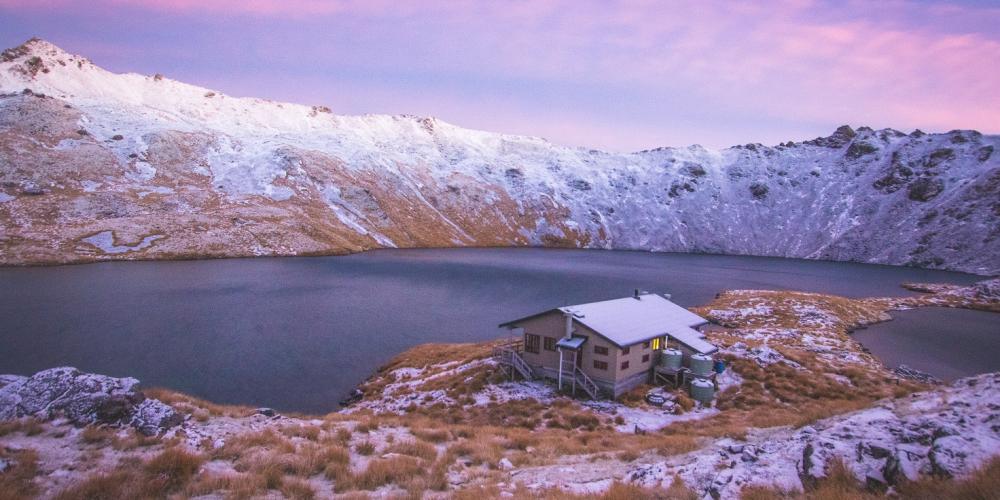 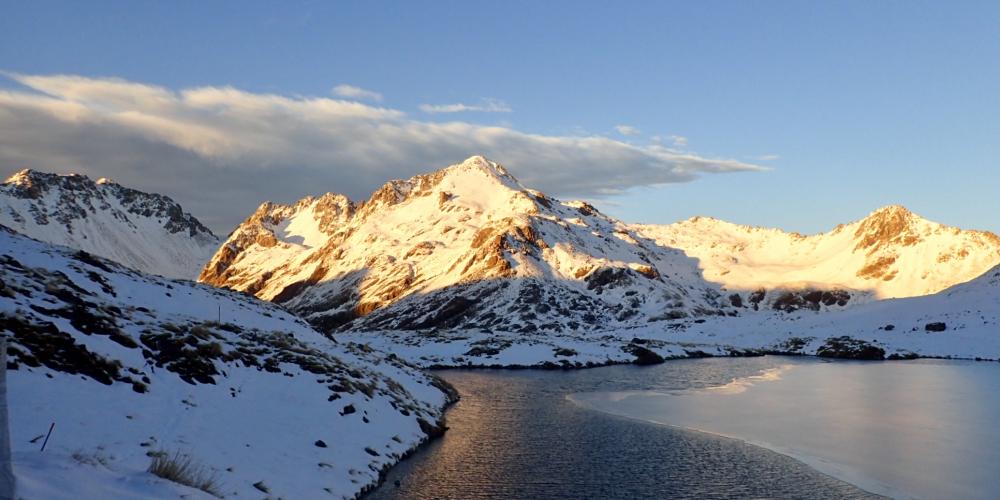 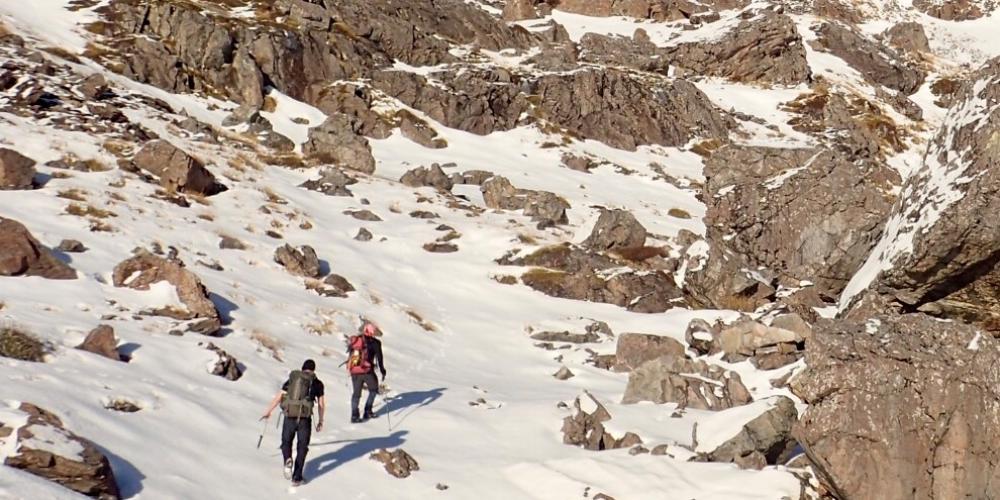 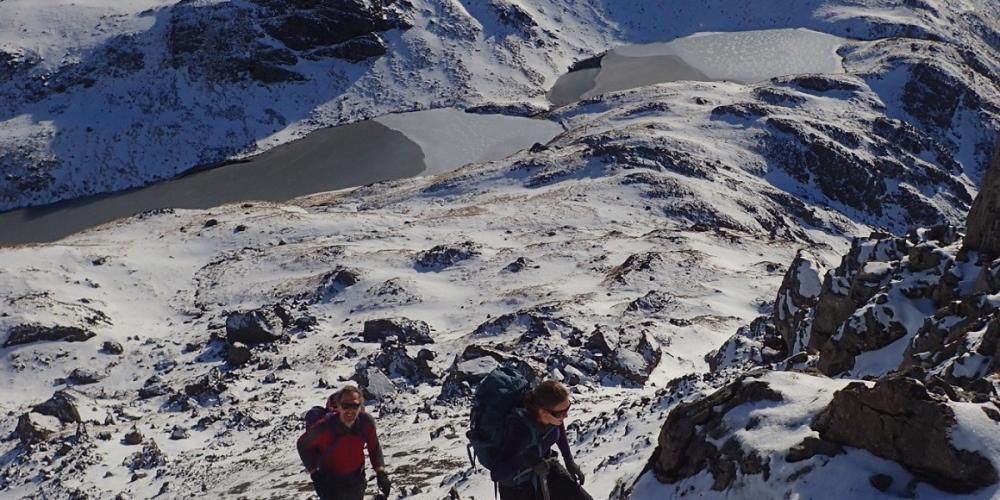 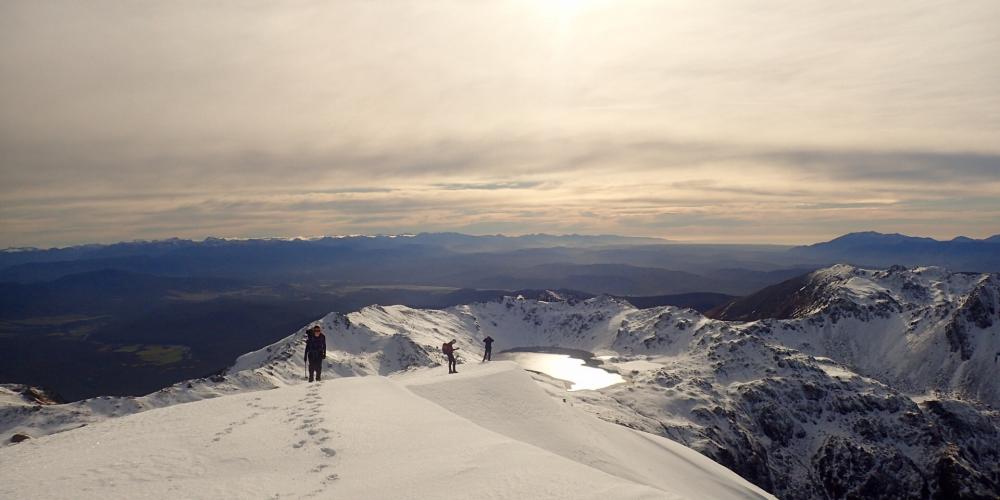 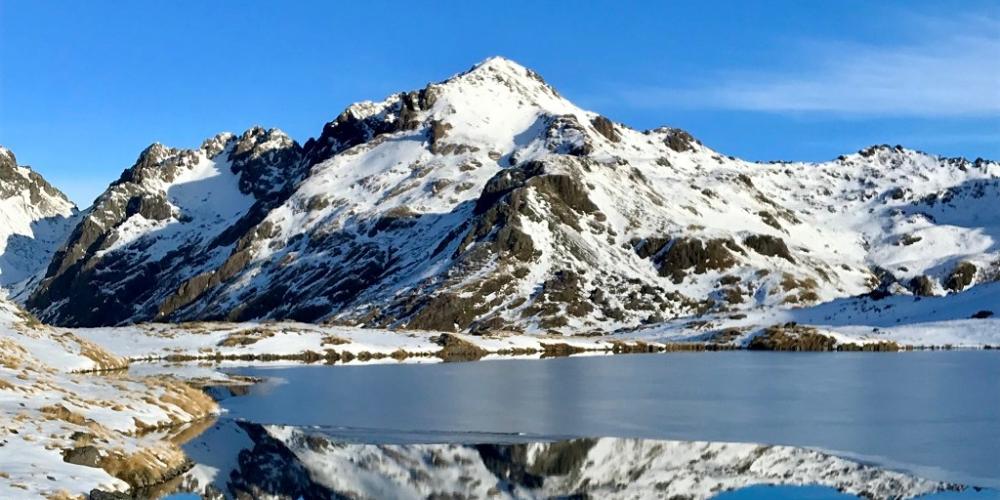 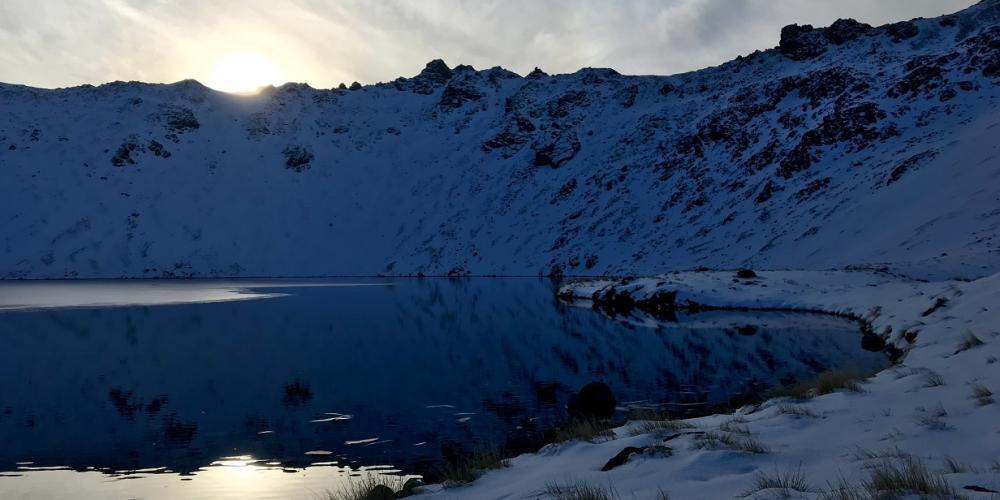 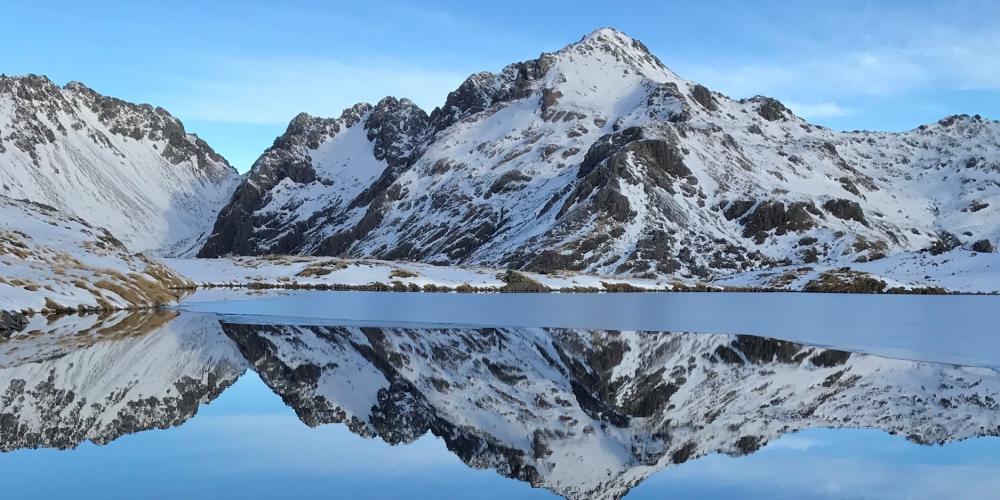 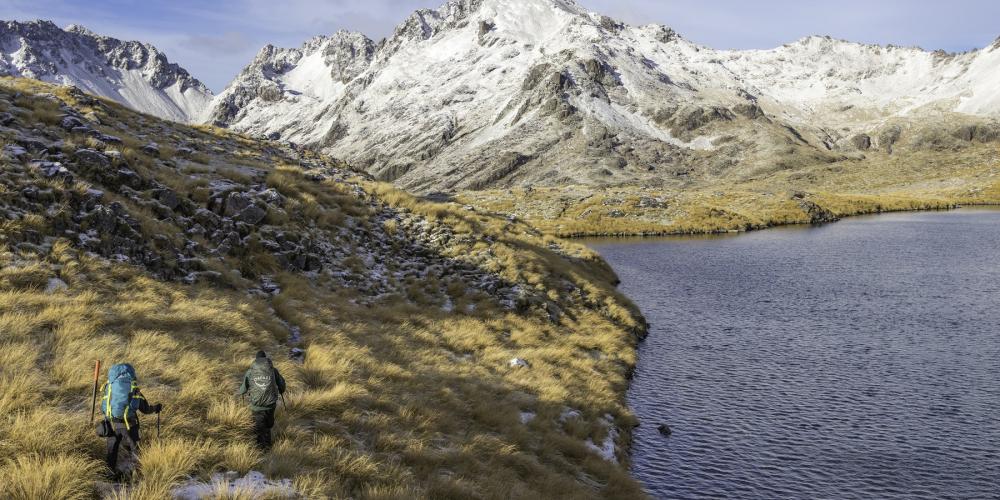 In the depths of the Nelson Lakes National Park at an altitude of 1650m lay a deep, blue alpine lake. Bordered by dramatically carved mountains and windswept tussock fields, Lake Angelus is a tranquil, mesmerising place enjoyed only by those who venture far enough to discover its undeniable beauty.

Cradled by steep valley walls, the lake is a legacy of an ice age about 10,000 years ago. As temperatures improved and the ice began to melt, an array of stunning natural landscapes formed, including the lake-filled basins, alpine tarns and rugged ridgelines that the Nelson Lakes National Park is renowned for.

High up in the mountain ranges above Lake Rotoroa and Rotoiti, reaching Lake Angelus is no easy feat. Although there are four access points to the lake, the Pinchgut/Robert Ridge route is the most popular and takes approximately 9 hours to complete. It’s a steep climb up Pinchgut Track, zig-zagging through regenerating beech forest to the top of Mount Robert where a picnic bench overlooks Lake Rotoiti, cradled in its forested basin.

After experiencing the rapid ascent of Pinchgut, the journey along Robert Ridge will seem relatively gentle, as you follow a series of markers along the crumbling mountain-top terrain. Exposed to the elements, the challenge of the open ridge is not to be under-estimated, as high wind often battles the stability and endurance of even the most experienced hikers.

Two glistening alpine tarns are revealed as you approach Lake Angelus from above, inviting those brave enough to take a dip in the glacial waters, commemorating their arrival at their destination. Depending on the time of year, the 28-bunk lakeside hut is the perfect place to warm up in front of a crackling fire, before taking a short stroll up the hill to enjoy the beauty of the sunset. From Sunset Saddle, it’s a short, steady climb up Mount Angelus to a height of 2075m, although the views of the departing sun are equally spectacular from the balcony of the hut.

Speargrass Track is a popular exit route for visitors to Lake Angelus, following the valley down to Speargrass Creek, and is also the recommended route when weather conditions along the ridgeline are unfavourable. Tussock fields, mini waterfalls and rolling hills offer a slightly different take on the rugged scenery discoverable along Robert Ridge.

Note: Between May and October, the lake is usually frozen and snow blankets all four routes. Only experienced hikers with winter hiking equipment should attempt to reach Lake Angelus in winter, as the conditions are extremely challenging and the risk of avalanche is high.

How to get there: There are four access points to Lake Angelus – the Pinchgut/Robert Ridge route, Speargrass Track, Travers-Cascade route or Mt Cedrick. The most popular route is Pinchgut, which begins at the Mt Robert carpark in St Arnaud.