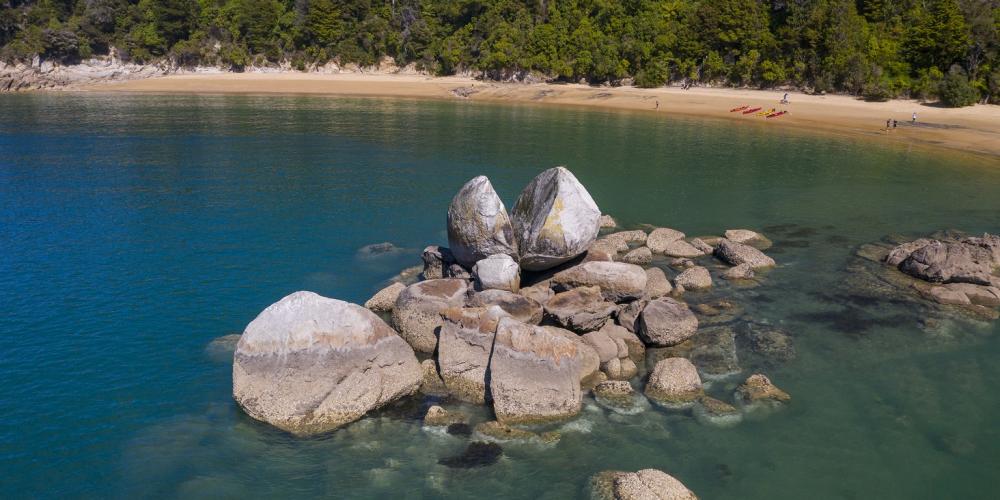 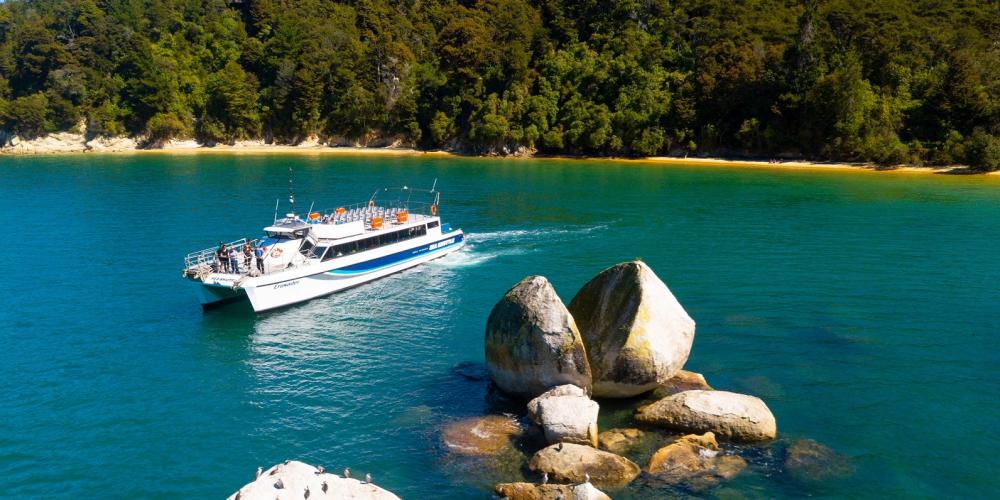 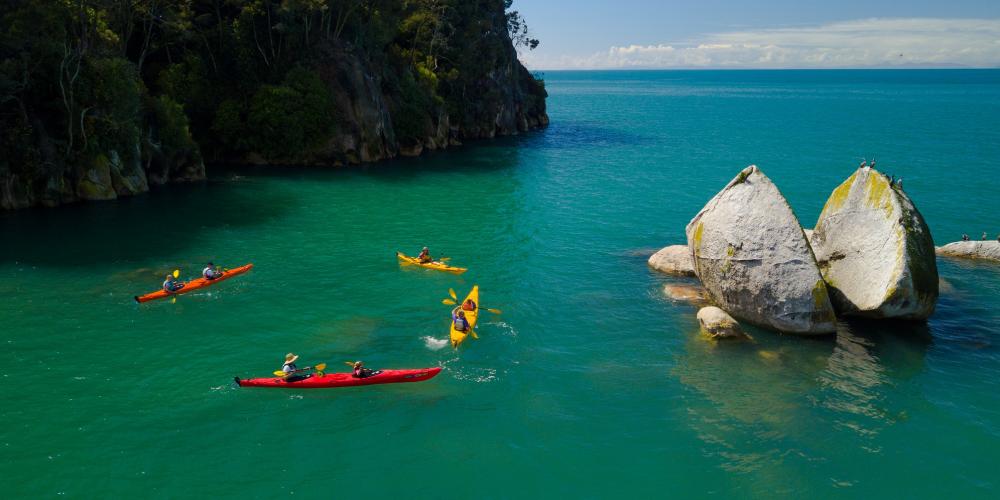 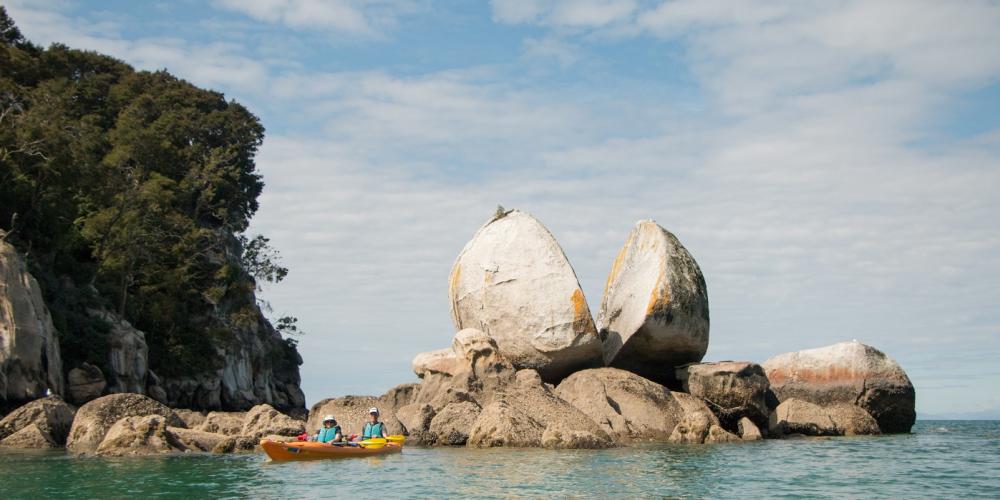 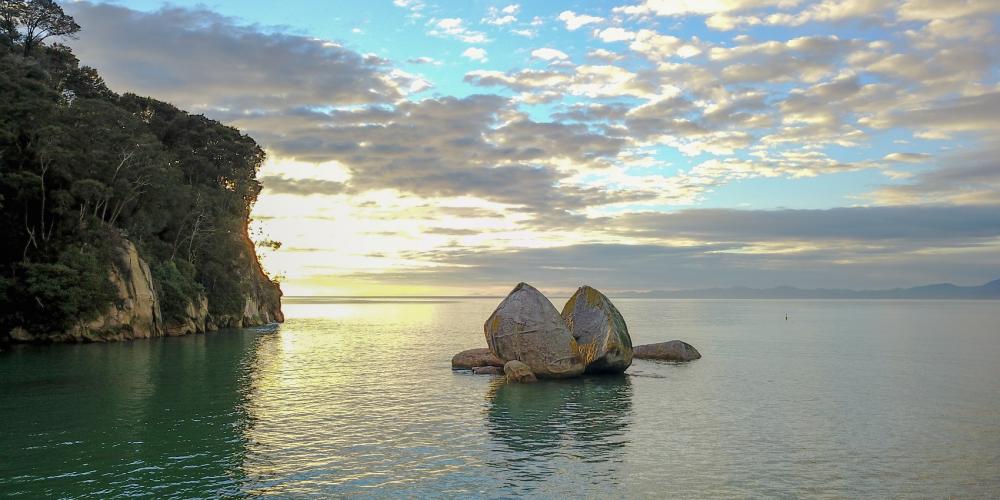 Nestled inbetween Kaiteriteri and Marahau, the gateway towns to the Abel Tasman National Park, Split Apple Rock (Toka Ngawhā) is another ‘rockstar’ that has become one of the region’s most popular natural attractions.

A beautiful and atmospheric place, the landmark draws people from near and far to watch the movement of the sun as it rises and retreats beyond the horizon, or just to experience it in the bright light of day.

Shaped like a giant pacman and perched atop a bed of rocks, the story behind Split Apple Rock is hotly contested. Scientists believe that the rock was split through a natural phenomenon known as ‘ice wedging’ during an ice age over 120 million years ago. As the temperature dropped, any water that had entered the cracks of the rock would have frozen, causing it to expand and split.

On the other hand, traditional Māori legend claims the boulder was split in half when two feuding gods were fighting to possess it. To resolve the issue, they used their strength to split the rock in half, hence the Māori name for the rock Toka Ngawhā which means “burst open rock”.

How to get there: The rock itself can be seen on a scenic kayaking, waka, cruise or boat trip, but is also accessible via a walking track down to Towers Bay.