After four years as Chief Executive, Mark Rawson is departing Nelson Regional Development Agency to take on a new and exciting role as the Regional Director (Waikato) for Kāinga Ora – Homes and Communities.

Mark Rawson began in the role in 2016 after the merger of Nelson Tasman Tourism and the EDA (Economic Development Agency). He was the first CE of the newly formed Nelson Regional Development Agency, a role he moved from Rotorua to Nelson for.

“It’s been a really significant period for organising and advancing economic development in Nelson Tasman. Under Mark’s leadership, the NRDA has gone from strength to strength and delivered real legacy projects such as the Nelson Tasman regional identity and more recently the Project Kōkiri collaboration to drive the COVID-19 economic recovery.” said Sarah-Jane Weir, acting Chairperson of the NRDA.

2020 will be remembered as one of the most significant years in Mark’s tenure as Chief Executive with the agency stepping up to deliver a coordinated regional response to the economic impacts of COVID-19 on top of the usual work programme of the NRDA.

“What we saw during those initial stages of lockdown was an organisation that was absolutely ready to respond, had the partnerships built to establish a highly effective collaboration and a high performing team that was able to deliver a substantial programme of work to help the region recover. That work is an absolute credit to Mark and the team he has built over the past four years.” said Weir.

Mark Rawson said it had been an absolute privilege to serve the Nelson Tasman community in the role. “I will remember my time in Nelson Tasman very fondly – this is an extraordinary region that is absolutely bursting with potential. The people I have met and worked with have all been passionate and proud ambassadors of this place – I believe the region has an exciting future and I feel extremely confident that the NRDA is well placed to continue to advance economic development in the region.”

Mark will leave the role on February 26 and take up the new position with Kāinga Ora, the crown agency established in 2019 to deliver on the Government’s priorities for housing and urban development. Rawson said, “I’m excited to have the opportunity to focus on making a contribution to the New Zealand housing situation which is undoubtedly one of the country’s biggest challenges.” The process to recruit a new Chief Executive is already underway. 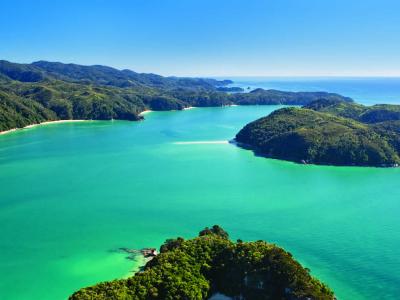