Naivety can sometimes be a benefit in business. Many successful entrepreneurs tend to bite off more than they can chew - and then chew as hard as they can. And Chris Rodley, one of the co-founders of Nelson tech company SnapIT, has developed a very strong jaw. 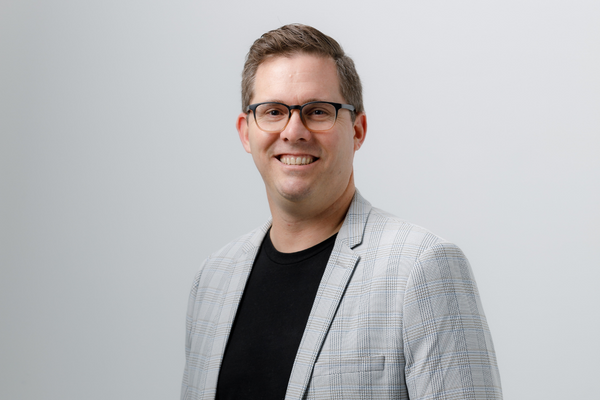 Back in 2007, Rodley was working as a teacher at Nelson College, his brother Andrew was running a local business and his dad was a marine electrician.

They were looking for a change - and a challenge - so they “wrote down a whole bunch of things on a piece of paper. One was building a camera for my dad’s holiday home in Hanmer Springs,” he says.

“It became ridiculously popular. We got on the news and all this stuff compounded over time.”

That bach camera didn't have a business model, he says, but it sparked something and showed them that there was value in providing high quality data.

Rodley says the company’s mission is to build camera technology, capture data, analyse that data and then connect it to the appropriate use case. Since that first effort, it has installed cameras on tourism businesses, construction sites, at farms and factories and on fishing boats.

Fishing is now the biggest chunk of its business by far, but entering that market was also slightly serendipitous.

“I’m a third generation Nelsonian and Nelson is one of the largest fishing ports in Australasia, but we didn’t plan on being in fisheries. We were on the waterfront in Auckland installing a camera on a construction site and the CEO from a fishing company came along and said ‘can you put one of those on my boat?’.”

“We have been building hardware for over a decade now and had lots of very difficult learnings based on the harsh places we put these things. We had to build our own cameras as others are just not robust enough. We can also add features like AI on the camera, and that can be transformative. They simply cannot fail at sea, so we had no other choice but to develop our own and that’s now our main value proposition.”

The hardware sits “on the edge” of the boats, or as close to the action as possible.

“We’re sitting on more than two centuries of continuous video data from fishing boats, and we expect to have tens of thousands of hours of video generated every day.”

To analyse that data, it develops and works with companies that have developed artificial intelligence or machine learning systems. These systems are able to find “the needle in the haystack”, he says, and look for salient data, like bycatch species, undersized fish or interactions with protected mammals (black petrels or hector’s dolphins in New Zealand, for example, and whales in the US).

“It’s not just in someone’s head. It can be reviewed by multiple different people. It’s just beautiful.”

Gaylord Nelson, the founder of Earth Day said “the economy is a wholly owned subsidiary of the environment, not the other way around,” so governments are increasingly demanding accountability to ensure businesses are complying with the rules and the environment is being protected for future generations.

“What we’re trying to do is deliver a system that governments want, which is an easy way to collect data, and also delivers what industry wants, which is reduced compliance cost and access to that data.”

The company now has cameras on boats all around the world, which is much cheaper than having human observers onboard and, during Covid, also much safer. The bulk of the data comes from North America and if it is successful in an RFP to provide cameras for the New Zealand fishery, Rodley says it would be one of the largest electronic monitoring companies in the world.

The company now has 30 staff and has a goal of being valued at $1 billion.

Rodley doesn’t see it stopping at fishing, however. As provenance becomes increasingly important to consumers, he believes it could also be a marketing boon for New Zealand - as long as we start charging for it.

“It’s about radical transparency. In the future, you might buy a fish from someone and you might be able to see that fish being caught. And that leads to an increase in the price. We’re seeing a similar thing happening in meat production, honey and feijoas. What we’re doing is connecting the consumer back to the actual product that they’re buying or eating.”

He believes New Zealand is still playing too much of a commodity game and shipping “a lot of Hondas, not Ferraris”.

“We need to tell customers why they need to buy this particular product. We’re trying to highlight that you’re buying John’s fish, or Ben’s honey.”

He says there’s never been a better time to start a business in New Zealand that is focused on a global market, due to the uptake of remote working technology, the reverence Jacinda Ardern is held in, and the world-class solutions our companies are developing.

“You don’t have to travel anymore. That is a gigantic advantage for us. Now is the time for Nelson based entrepreneurs to step out and try things. Especially young ones. There’s very little that can topple you and there are so many safety nets, so we have to be raising students and entrepreneurs that are risk takers, not risk averse. I think we’re doing that for the most part.”

He points to Richard Brudvik-Lindner’s gifted student programme Accelerate at Nelson College and the graduates of Nelson Marlborough Institute of Technology.

“Some of the guys we’ve hired here we've hired out of high school. It’s amazing. The talent is here. I like it when people stay here and decide to do their world changing thing from this city. In the past, they’ve had to leave.”

When you ask people from Auckland if they want to come and work in Nelson, Rodley says “they say yes before you’ve finished”.

Companies like Allbirds, Rocketlab and Xero “tell a very good story”. And he believes those stories have shifted the global perception of New Zealand.

“There are not a lot of data points there to have caused that shift. So Nelson has the chance to be seen as a destination for the tech sector just with a few good stories.”

He says those stories are developing, with the likes of Shuttlerock, SnapIT and other start-ups - many of which are in the agritech space - springing up.

“It’s a safe place to grow and there is really good scaffolding here to facilitate that,” he says.
He praises the work of the NRDA, which “has done some amazing things” to create the environment for businesses to grow, and Callaghan, which provided grants that have been essential to getting the company off the ground. But he has been outspoken about the need to address housing affordability as the region grows.

SnapIT has resisted taking external investment for as long as possible but it is raising money in the US now and is just about to close a bridging round in New Zealand that will help it expand into other markets.

“That’s why it’s good to fail in New Zealand first, refine your thinking and designs, and put forward a product that has applied all that learning,” he says.

And with another marine metaphor, he offers a succinct summary of life as a business owner: “It’s about pointing your boat out to sea, being ready for lots of small pivots and then doing them as early as possible.”