That’s the transition Wakatū Incorporation’s executive director of innovation Miriana Stephens says the company - and the region - has to make. And the iwi-led business’ newest division AuOra is a tangible example of that thinking in action. 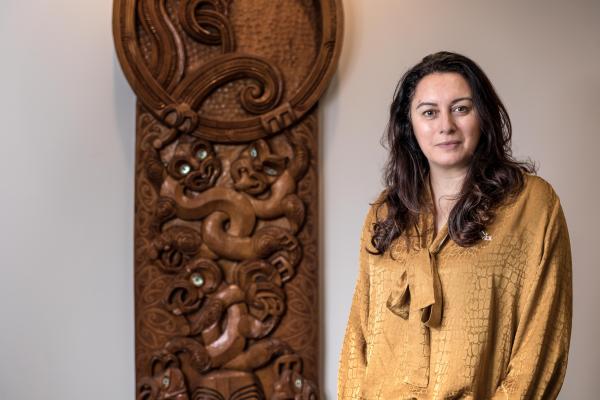 “We have designed a high-value industry pathway,” she says. “With Au Ora, we’re saying we will lead and design the bioactives industry for New Zealand. If we want to move up the value chain from being commodity players, we need to be able to talk about the benefits of that food for your health. And when you do that, it becomes a functional food or a functional ingredient that can be formulated into other things, whether it’s a beverage or a cosmeceutical.”

AuOra means “to navigate towards health and wellness” and it aims to combine traditional Māori knowledge with the best of science.

“They’re not in conflict,” she says. “I think it’s a plus plus because we can take the best of both worlds.”

As an example, Stephens points to its regional library on vascular plants. It has mapped out all the indigenous and endemic plants in the region, as well as the relationships to those plants and the science that has been done on them so far.

AuOra is looking to expand that science and is also looking for beneficial compounds in shellfish, seaweed, fungi, bacteria and yeasts. Its focus is on creating products that improve metabolic health (which includes diseases like obesity and diabetes), brain health and mental clarity, and skin and joint health.

“It’s quite an extensive programme of research and development”, she says, and it works with research institutions like the Cawthron Institute and Plant & Food Research, government departments and a range of global partners.

“We work with the best.”

And it also works with the world, rather than simply extracting resources from it. Wakatū calls itself He Taonga Tuku Iho / a business of the land and sea, and traditional principles of kaitiki and tikanga are the slow-twitch fibres that allow the organisation to look to the future and also jump on trends.

“A regenerative economy is not just food and fibre. It’s food, fibre and the wellbeing of the people in our communities and the natural world, our te taiao. That’s what the Te Tauihu 500 year intergenerational regional strategy is all about.”

She says this regional strategy has been talked about a lot around the country. These long-term strategic discussions tend to be led by local governments, but she says this has been a business- and Māori-led process that has been inclusive.

“That’s quite different but people are liking it because having a 500 year vision gives people hope that we’ll still be here to work with communities and people.”

Whenua Ora is Wakatū’s 20 year programme to be better kaitiaki / guardians of the water, air and soil and it aims to be zero-waste by 2028. It uses the mussel shells from its aquaculture business as a mulch on its vineyards and it is also trying to turn its waste streams into revenue streams. A good example of that is kiwifruit powder, which is produced with kiwifruit that aren’t viable for export. The powders are sold in Japan, which is already a well-established kiwifruit market for Zespri.

“We don’t design the formula unless there’s demand and, globally, there are challenges around good gut health. Clinical trials show that this product is able to support those that have constipation or those who need to recalibrate their gut bacteria.”

This reverence for the natural world isn’t just a Māori thing, she says.

“There are a lot of pākehā farmers and growers who really care for their land. And the real opportunity as a community is to join together and share our practices.”

She says there are a range of different indicators and measures coming out to support businesses and show them how they’re performing. And as part of that evolution, the other big programme of work Wakatū is involved in is to make the region the climate change centre of New Zealand.

The region is already well-regarded for producing high quality food and health products, she says. But she believes there is potential to add to that story and add to the value of the region’s primary sector.

“Values are an anchor point. We think we can lead the world in some of the industries by showing that we’re backed by science, we care about the world, and we care about peoples’ lives … We need to back ourselves as businesses to tell this story and say ‘this is the price because this is what it costs’. We tend to be price takers, not price makers, and you need confidence to set that price.”

That confidence is growing because capital is flowing towards businesses that are committed to reducing their impact on the planet.

“The market is telling us that this is the opportunity. The businesses that don’t transition will fail. And it’s not just about compliance, it’s the right thing to do.”

For businesses that want to do the right thing, collaboration is key. Stephens says she has met so many sustainability managers who say ‘I’m trying to solve this problem’.

“And I say ‘so are all the other sustainability managers’. We need to collaborate and pool our investment to help make the transition. And those conversations are starting to happen.”

That collaborative mindset is also crucial to AuOra’s success, says Stephens. Innovation often happens on the margins so as well as creating its own products, it wants to be able to take other products, whether by licensing them or through a joint venture partnership, and harness Wakatū’s connections and distribution networks to take it to the world.

The natural appeal of the region is hard to beat. But people are the region’s most valuable asset, she says, and she believes business leaders play a very important role in creating change because they are often in place for longer than the three year political cycle.

“I often say companies don’t innovate, people do. I love Flossie and Chloe [van Dyke] from the Chia Sisters. When you look at their values, they’re really aligned to our values. They’re innovative when it comes to their commitment to the natural world, through all of their practices. I just love their energy and we’re working with them on a project.”

Pic Picot is another standout for Stephens, not only due to his business success but due to his vulnerability and inclusiveness.

The connections often seem to be stronger in smaller places, she says, and there’s plenty of willingness among the business community to help each other out. There is also plenty of pride in the region and a growing understanding that the natural world that currently provides so much needs to be protected so it can keep providing in the centuries to come.